Objective: In this post marketing study our primary objective was to assess the safety of Crystalys, a new calcium hydroxyapatite based filler, in subjects who received sub-dermal or deep-dermal injections for facial soft tissue augmentation. The secondary objective was to evaluate the performance of Crystalys within six months of injection. Methods: Crystalys was injected to 173 patients, age ranging from 27-72 years, with a variety of facial aesthetic conditions, most common being pronounced nasolabial folds. On average, patients were injected with 3.4 ml of Crystalys. After obtaining informed consent form, the subjects were evaluated for adverse events (AEs) and efficacy using three different performance methods. Results: Safety – 173 patients were evaluated for adverse events. No severe, serious or longlasting AEs were reported or recorded by patients or physicians. In addition, all events were selfresolving. All reported AEs are common when treated with all injectable fillers. The AEs reported were: Ecchymosis, Edema, Erythema and Pain. Efficacy – efficacy ratings were performed on a subset of 59 patients using the Lemperle Rating Scale (LRS) and the Global Aesthetic Improvement Scale (GAIS) validated clinical scales. In addition, a 5-point Likert scale User Satisfaction Questionnaire was filled out by 72 patients. Crystalys dermal implant demonstrated excellent efficacy results, using both the LRS and GAIS scales, and by user satisfaction ratings. All scales indicated an overall improvement in treated facial areas, coupled with markedly high patient satisfaction scores. Conclusions: Our results clearly show that Crystalys, a new calcium hydroxyapatite based filler, is safe and effective. No significant risks were associated with Crystalys administration and an unequivocally low risk-to-benefit ratio was established. Crystalys showed an excellent safety profile and high satisfaction rate, making it a highly suitable biodegradable filler.

Dermal fillers are widely used for restoration of soft tissue augmentation. These fillers can be classified according to the duration of the effect (temporary, semi-permanent and permanent) or according to the mechanism of action (replacement fillers or stimulatory fillers) [1]. The ideal characteristics of soft-tissue filling material include filler longevity, biocompatibility, non-migratory, low AE and risk-to-benefit profile at a reasonable cost-tobenefit ratio [2]. Calcium hydroxyapatite (CaHA) based fillers comply with these desired characteristics.

Hydroxyapatites are a class of chemical compounds that share the chemical formula Ca10(PO4)6(OH)2 and vary, among other properties, in their biological behavior. Macroporous ceramic hydroxyapatite (10 μm 500 μm) are osteoconductive, and support ingrowth of fibrous and vascular tissue. CaHA metabolites are calcium and phosphate ions, both normally found in the body. Studies of implants containing CaHA, both in vitro and in vivo, showed minimal or no inflammatory response, foreign body or giant cell granulomatous reaction, and no systemic toxicity [3-5].

CaHA is the primary component of bone and dents, it is biocompatible and used in medicine for more than two decades. One of the first clinical applications of CaHA in a particle form was as onlay grafts for bone regeneration and in dentistry [2]. CaHA is used in orthopedic surgery as bone cement and it has been shown to be effective in contouring of cranial vault irregularities and craniofacial trauma surgery [6-8]. CaHA has also been used as a bulking agent in urinary incontinence [9] and for treatment of vesicoureteral reflux [10].

CaHA is used in the dermal filler market for more than 10 years. Crystalys, a new calcium hydroxyapatite based filler, is a sterile, latexfree, non-pyrogenic, semi-solid, cohesive, subdermal, injectable implant, whose main component is synthetic CaHA. The semi-solid nature of CaHA-based dermal fillers is created by suspending CaHA microspheres of 25 – 45 micron diameter in a gel carrier that consists primarily of phosphate buffer and glycerin. The gel structure is formed by the addition of a small amount of carboxymethylcellulose [2].

CaHA microspheres form scaffold for ingrowth by fibroblasts, which gradually replace the carrier gel. As the fibroblasts grow, they generate collagen fibers, which anchor the microspheres in place [3, 14, 15]. CaHA is biodegradable, following the same metabolic pathway as bone debris resulting from common bone fractures. After 2 – 3 months the carboxymethylcellulose is fully absorbed and replaced by collagen. Finally, a gradual breakdown of the particles occurs until complete phagocytosis is achieved [2]. CaHA is highly viscous and is injected into the deep dermis or, for volume restoration, at or below the dermal subcutaneous junction [16].

Crystalys is marketed in Israel from September 2011 for facial soft tissue augmentation. We recently conducted a post marketing study of safety and efficacy of Crystalys among 173 patients. This article summarizes its results.

A retrospective study was conducted on patients injected with Crystalys between July 2012 and December 2013. This study was designed as a postmarket, two-center study, comprised of both retrospective and prospective elements. Retrospective element: Safety and performance data were collected from all the available medical charts of Crystalys-treated patients that contained sufficient data for analysis (n=173). In addition, telephone interviews were conducted to capture information that may not have been noted in their medical files. Prospective element: After providing informed, signed consent, photographs of a subset of 59 patients treated within six months of initiation of this study and with a “before” photo in their medical file, were either captured or taken from patient medical files and assessed by the investigators using the Lemperle Rating Scale (LRS) and the Global Aesthetic Improvement Scale (GAIS). In addition, the 5-point Likert scale User Satisfaction Questionnaire was filled out by 72 patients.

Patients ranged in age from 27 to 72 years. Patients follow up ranged between one month to more than 6 month, the time from treatment is indicated in table 1. To be eligible for inclusion, subjects were required to be at least 18 of age, to be treated with Crystalys, and to provide informed consent after being counseled about the study protocol. This study was conducted in accordance with the ethical principles that have their origins in the Declaration of Helsinki and the ICH Harmonized Tripartite Guideline for GCP. The protocol and informed consent forms (ICFs) for this study were reviewed and approved by our Institutional Review Board (IRB).

Several facial areas were treated with Crystalys, the most commonly treated site was the nasolabial folds (95 patients). Other treated areas included the Marionette lines, cheek bones, mouth corners, jaw lines and others (Tab. 2). Note, that some patients underwent treatment in multiple regions.

Number of Crystalys injections per patient Mean and median injected volume of Crystalys per patient were 3.4 ml and 3.0 ml, respectively. The maximum volume injected to a single patient in one session was 8 ml whereas the minimum was 1 ml. Injection volume per patient was determined by the physician according to the depth of the fold and the number of treated areas. The maximum injection volume for a single patient in multiple sessions was 14 ml.

Safety was evaluated by the incidence and duration of local and systemic AEs. Patients answered a questionnaire on a telephone call, or in the follow up visit at the clinic, and any AEs noted by the patients were recorded. Descriptive tables summarize the AEs reported, the severity and duration of the events.

The effectiveness was evaluated on a subset of patients that were treated during the 6 months period that preceded the initiation of this analysis and for whom both pre-and posttreatment photos were available. These 59 patients were scored by Physicians using the LRS (Tab. 3) and GAIS (Tab. 4) scales by comparing post-treatment outcomes to baseline. LRS scores were statistically analyzed using paired Student’s t-test. GAIS scores were statistically analyzed using Kolmogorov-Smirnov test for two null hypotheses: (1) the treatments resulted in “no change”, and [2] the treatments resulted in merely “improved”. For all statistical analysis, a p-value of <0.05 was considered statistically significant.

In addition, 72 patients filled out the 5-point Likert Scale User Satisfaction Questionnaire (see Tab. 7 for details of this questionnaire).

Hydoxytite injection was well tolerated by all patients. No serious AEs were reported by patients or physicians during the study, or were collected from patients’ files. All reported AEs were standard, local injection site reactions, with most being mild, short-term and self-resolving. No AEs were considered device-related. The following side effects, which are common in dermal fillers in general and in CaHA-based dermal fillers in particular, were not reported: granulomas, allergic reaction, nodule, pruritus, erosion, necrosis or infection. Table 5 details the AEs that were potentially attributed to the treatment.

Efficacy rating by treating physicians and by patients

These data were statistically analyzed using Kolmogorov-Smirnov test for two null hypotheses: (1) the treatments resulted in “no change” (p-value<1e-6), and (2) the treatments resulted in merely “improved” (p-value=0.008). Both these hypotheses were rejected (pvalue <0.05) leading to the conclusion that Crystalys induced a substantial improvement (“much improved”) in treated facial sites.

Crystalys, a CaHA based filler, is a new product in the biodegradable, subcutaneous and deep dermal fillers market. Crystalys is marketed in a box containing 2 ready-to-use 1.25 ml syringes. It is our impression that Crystalys is easy to use, safe, reasonablypriced and effective.

Safety results of Crystalys treatment are excellent. No severe, serious or long-lasting AEs were reported or recorded by patients or physicians. In addition, there were no records of any measures taken to resolve AEs, indicating that all AEs were self-resolving. All reported AEs are common when treated with all injectable fillers, including collagen and hyaluronic acid. In most cases the AEs resolved within 4 – 7 days. The AEs reported are typical injection site reactions, of no relation to the administered product, and were of standard durations. There were no reports of granulomas, ecchymosis, allergic reaction, nodule, pruritus, erosion, necrosis or infection. Post treatment, patients were advised to gently compress the injection site with an ice pack in order to reduce swelling and redness.

Crystalys efficacy was demonstrated upon comparison of post-treatment to baseline photographs, with significant improvements observed in the majority of evaluated cases in both LRS and GAIS scores. User satisfaction ratings were high, exceeding 4, for overall satisfaction. In summary, no significant risks were associated with Crystalys administration and an unequivocally low risk-to-benefit ratio was established. Crystalys was shown to be both safe and effective for soft tissue augmentation of facial regions.

CaHA is known to stimulate fibroblasts to produce collagen fibers [3]. The mechanism of action, as seen in our study, is divided to two stages. At the first stage the microspheres suspended in the carrier gel generate immediate augmentation. As the carrier gel is absorbed in the body, a slight reduction in volume is seen in some of the patients. At the second stage, collagen fibers are built, filling the injected areas and providing volume. The overall results are excellent, as determined using three different methods of performance evaluation.

Crystalys treatment has all the desired characteristics of dermal fillers. It is biodegradable, yet long lasting, safe, easy to use, and cost-effective. The CaHA microspheres do not migrate, and harmonically merge with the tissue, giving glowing, natural look. All in all, this new filler is highly suited for soft tissue augmentation. 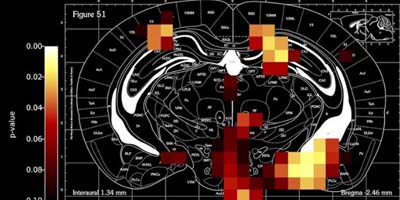 Average high quality is just not about our services. Our team conducts through research before writing reviews, so that the result is efficient and users trust it. We offer higher-good quality iOS app reviews for clients who care about their app ratings and status. On Applatide, purchase app reviews and improve your play store & […]

It was a great pleasure to be invited by Dr. Ines Verner to take part in the above mentioned Masterclass in Tel Aviv. On behalf of the Israel Society of Dermatology and Venerology and the Vitiligo Research Foundation, the Organizing Committee, together with the Scientific Committee led by Prof. Reuven Bergman, a comprehensive scientific program, […] 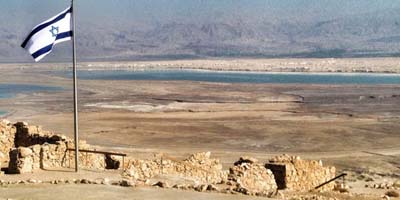